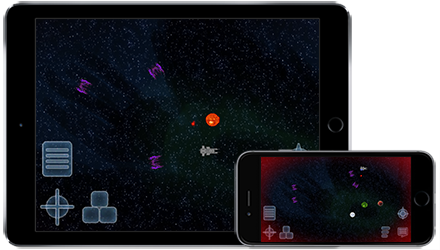 For centuries, man has stared at the stars and wondered if anyone else was out there...

For centuries, man has stared at the stars and wondered if anyone else was out there... Now we know.

Humankind's first experience with an alien species isn't going too well. The aliens want nothing, but to completely wipe us out.

Take command of the E.A.S. (Earth Alliance Spaceship) Excalibur to explore the galaxy and defend Earth Space against the invading forces of the alien empire.

The question of humanity’s solidarity in the universe has finally been answered. Late in the twenty-third century an exploration ship traveled further in to the galaxy then any human has ever been. The ship was destroyed and all hands aboard were lost. The ship’s destroyer was a patrol ship of the Cezien Empire.

Following the exploration ship’s destruction, the Cezien Empire launched a full scale invasion of the Earth Alliance space. With requests for peace talks completely ignored, Earth Alliance was left with no choice but to fight back.